BANGKOK — An oil spill in Thailand that has marred a tourist island in the Gulf of Thailand has spread to nearby smaller isles, officials said Wednesday, as authorities raced to clean up the island’s once-white sands and clear waters. 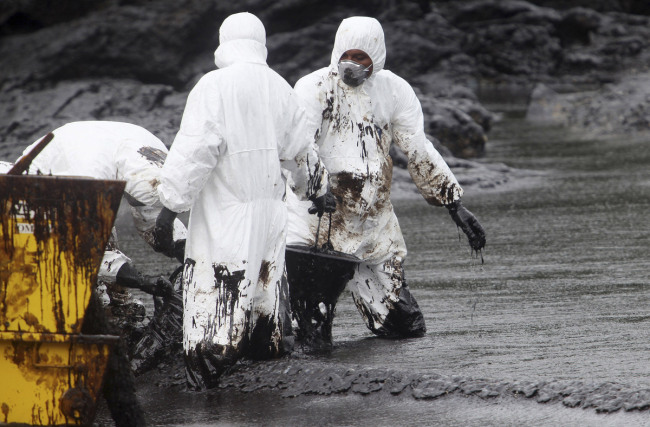 The black tide of crude oil that washed up in Prao Bay on the west coast of Samet Island on Sunday night has been partly cleaned up, but the bay was still marred with oil slicks for the fourth straight day, said Rayong province Deputy Gov. Supeepat Chongpanish.

“The situation is definitely better than the previous days,” Supeepat said. “We are starting to see real waves and ocean foam at the north end of the bay, not the black waves of oil. It has significantly improved, but there’s still work to do.”

About 50,000 liters (13,200 gallons) of oil — about the amount contained in 1 1/2 tanker trucks — spilled into the Gulf of Thailand on Saturday morning from a leak in a pipeline operated by PTT Global Chemical Plc., a subsidiary of state-owned oil and gas company PTT Plc.

The company said it detected a leak when crude oil from a tanker moored offshore was being transferred to the pipeline, 20 kilometers (11 miles) from a refinery in Map Ta Phut, one of the largest industrial estates in Southeast Asia. The leak has since been fixed. 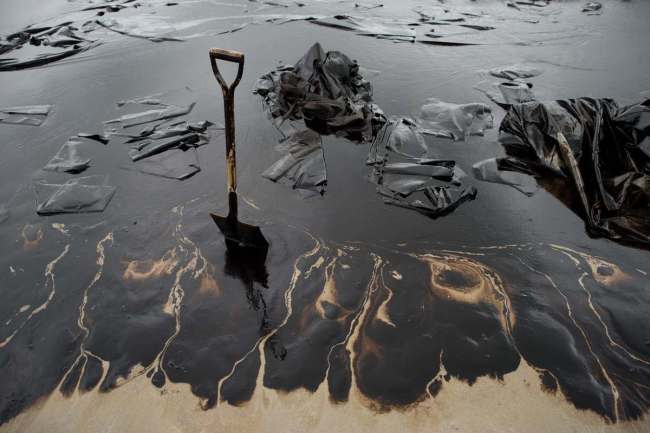 The slick floated in the sea for more than a day before it began washing ashore on Samet, a small resort island that each year draws some 1 million foreign and domestic tourists due to its white sand beaches and proximity to Bangkok, 140 kilometers (90 miles) to the northwest.

The company apologized on Monday and said the bay would be cleansed within three days, a goal questioned by environmental activists.

Marine and Coastal Resources provincial director Puchong Saritdeechaikul said Wednesday that “there’s no way it will be finished by that time,” and added that his team detected a clear oil sheen that had spread to smaller isles off Samet’s eastern shore. 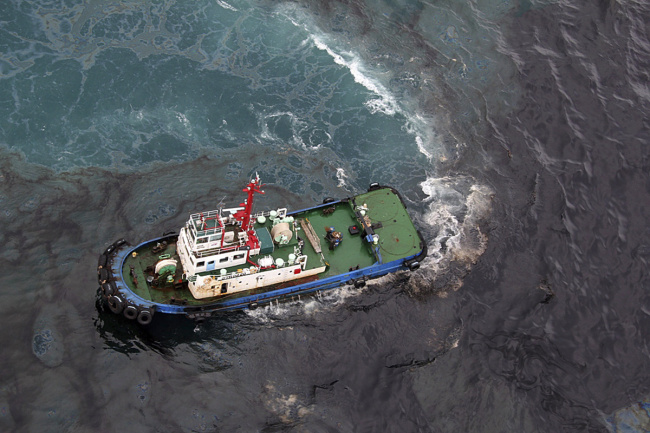 He said that the marine center was collecting daily samples of the seawater and that the results of quality tests were expected soon.

Puchong said an initial inspection of the coral reef 100 meters (328 feet) from Prao Bay showed that it had not been damaged by the oil slicks.

Provincial authorities on Wednesday ordered related agencies to conduct a test on seafood caught off Rayong’s coastline to see whether there was any contamination from the oil spill.

The incident is the fourth major oil spill in Thailand’s history, according to the Energy Ministry. In 2009, another PTT subsidiary was involved in the Montara oil spill, one of Australia’s worst oil disasters, in the Timor Sea off western Australia.